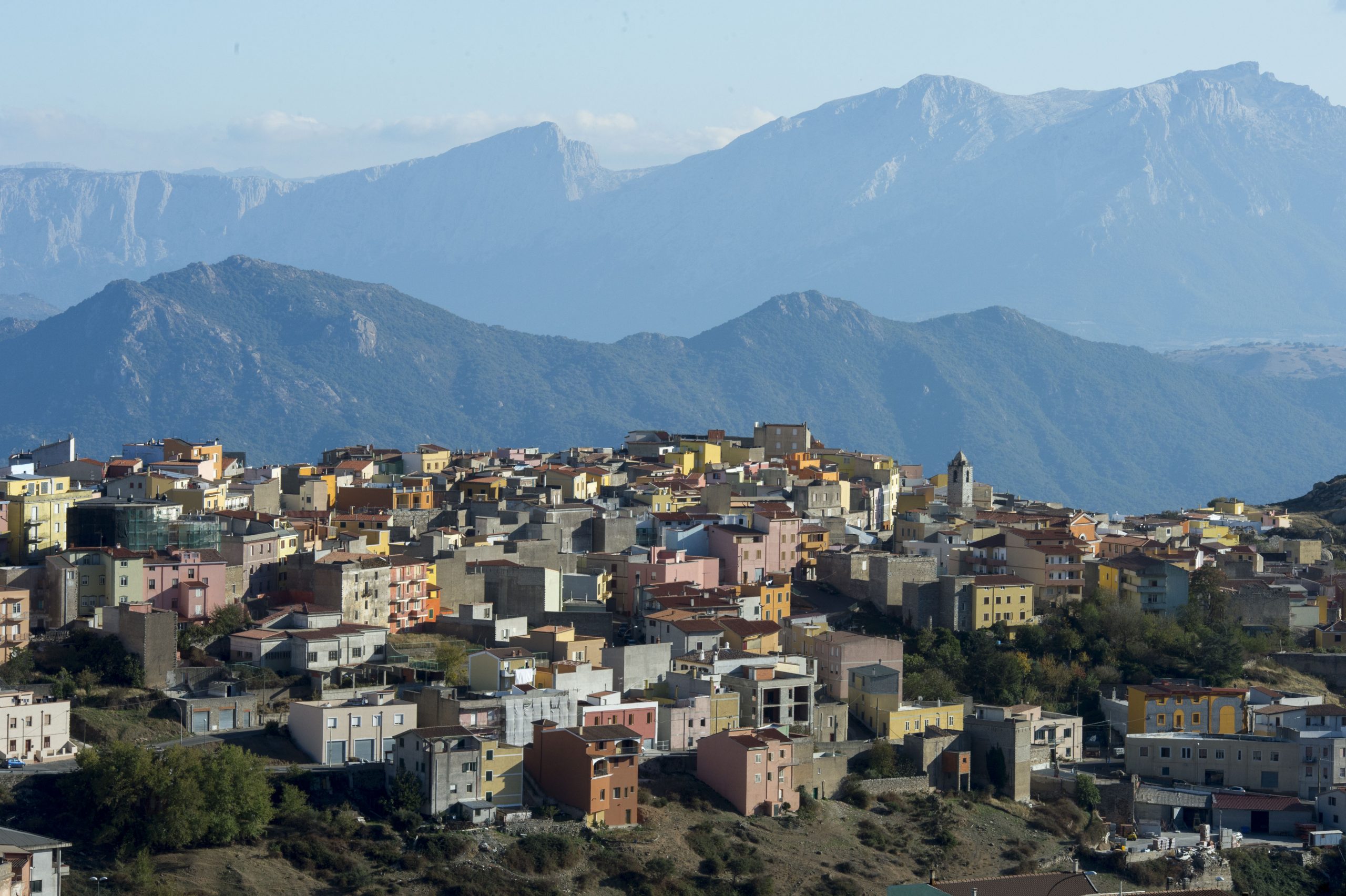 From Orune, a narrow, paved road leads 10 km down the valley, the last part is gravel and just as wide as a car. From the parking lot at the ticket office you walk another 20 minutes down a small path in serpentines downhill. Su Tempiesu is deeply hidden in the Sardinian countryside. The path and the beautiful location on a mountain slope in a secluded valley make the special atmosphere of the place. It takes time and should take more time. This is not a place for quick sightseeing. 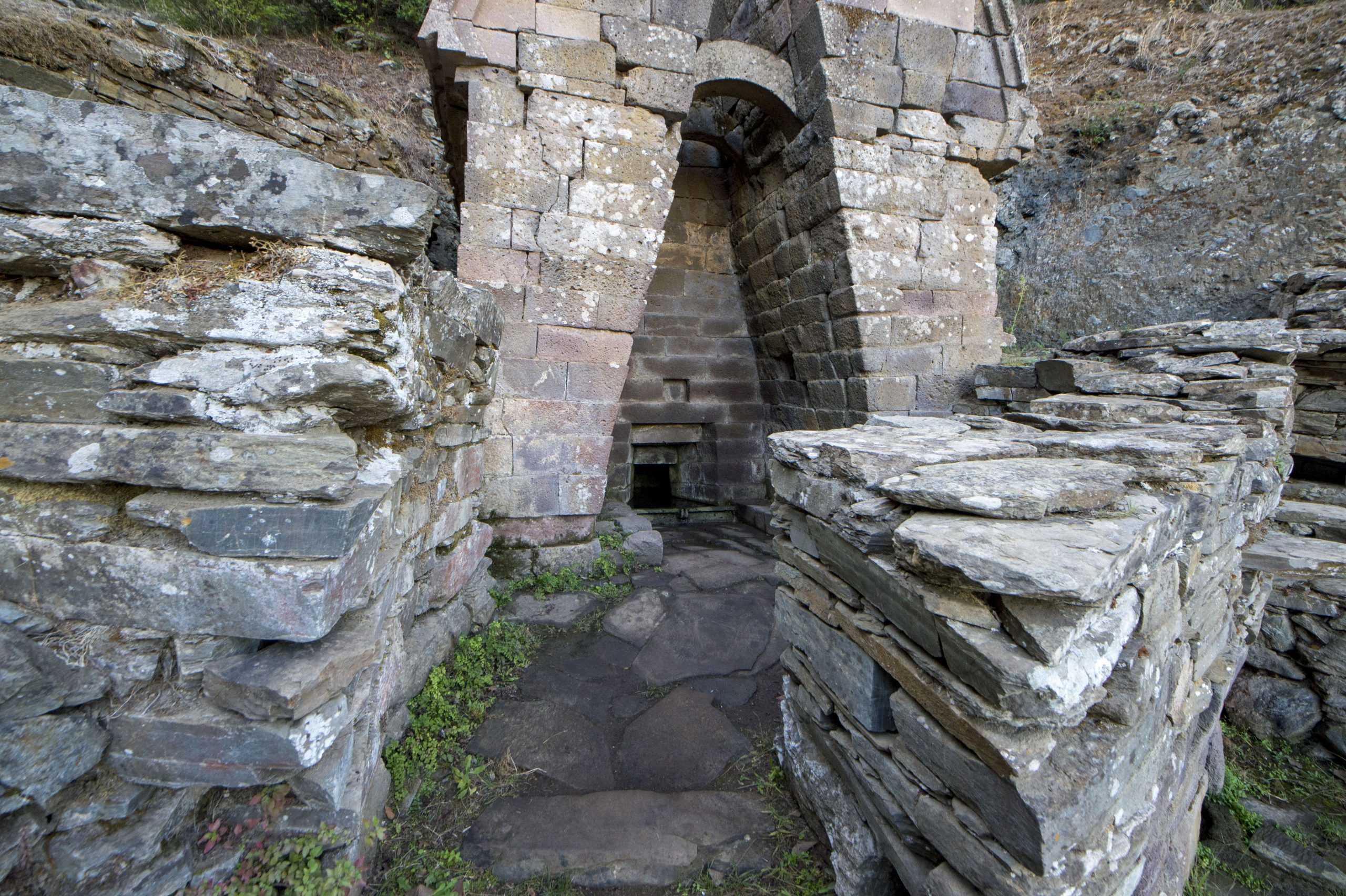 Thanks to a landslide during the Nuragic period, Su Tempiesu is the best preserved sanctuary of this ancient Sardinian culture. It was completely buried by a landslide and  discovered in 1953. The landslide has only demolished the top of the stone roof, the parts were found slightly below. The entire complex has a slumber and a time travel of about 3,000 years behind it. 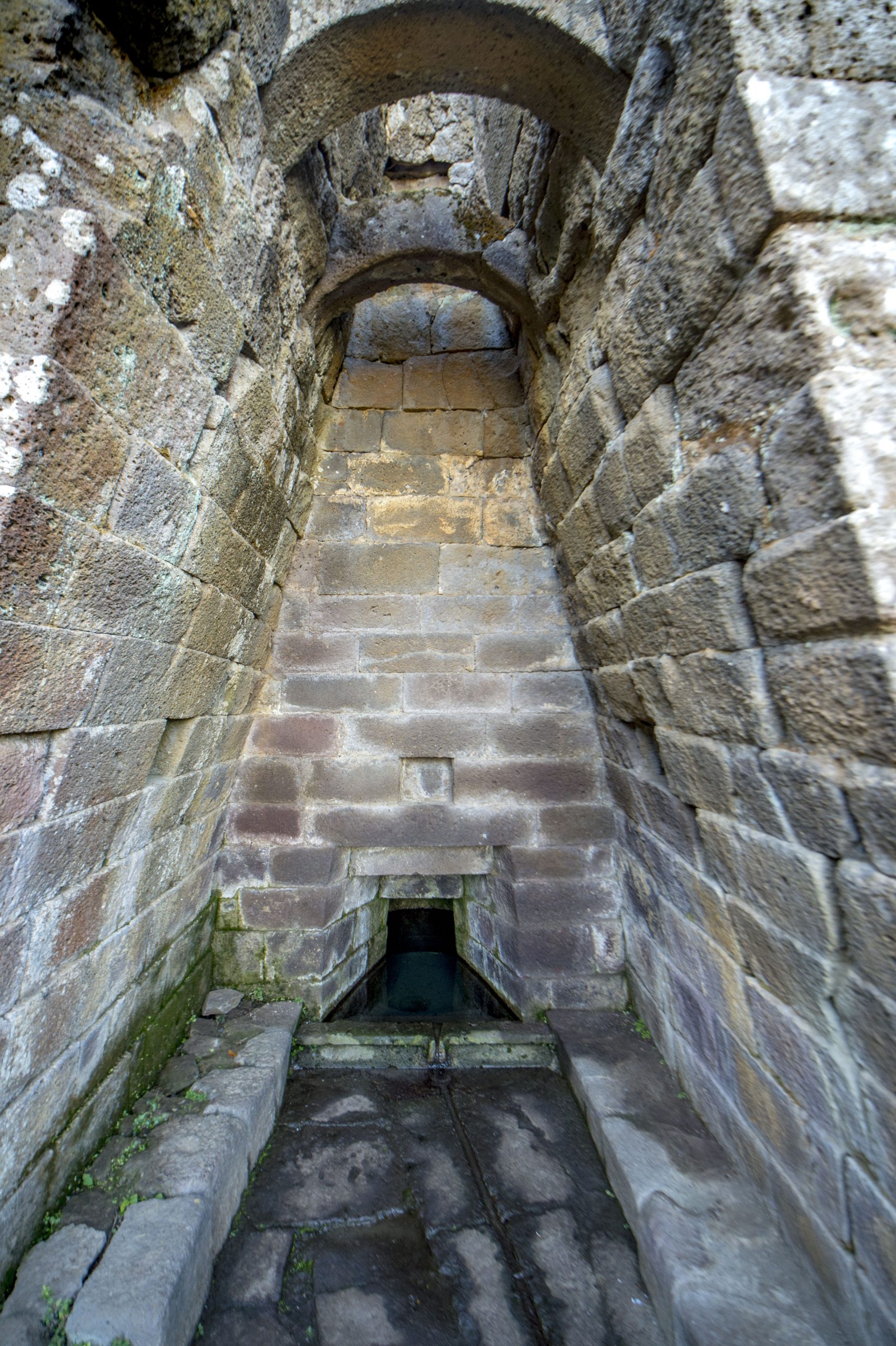 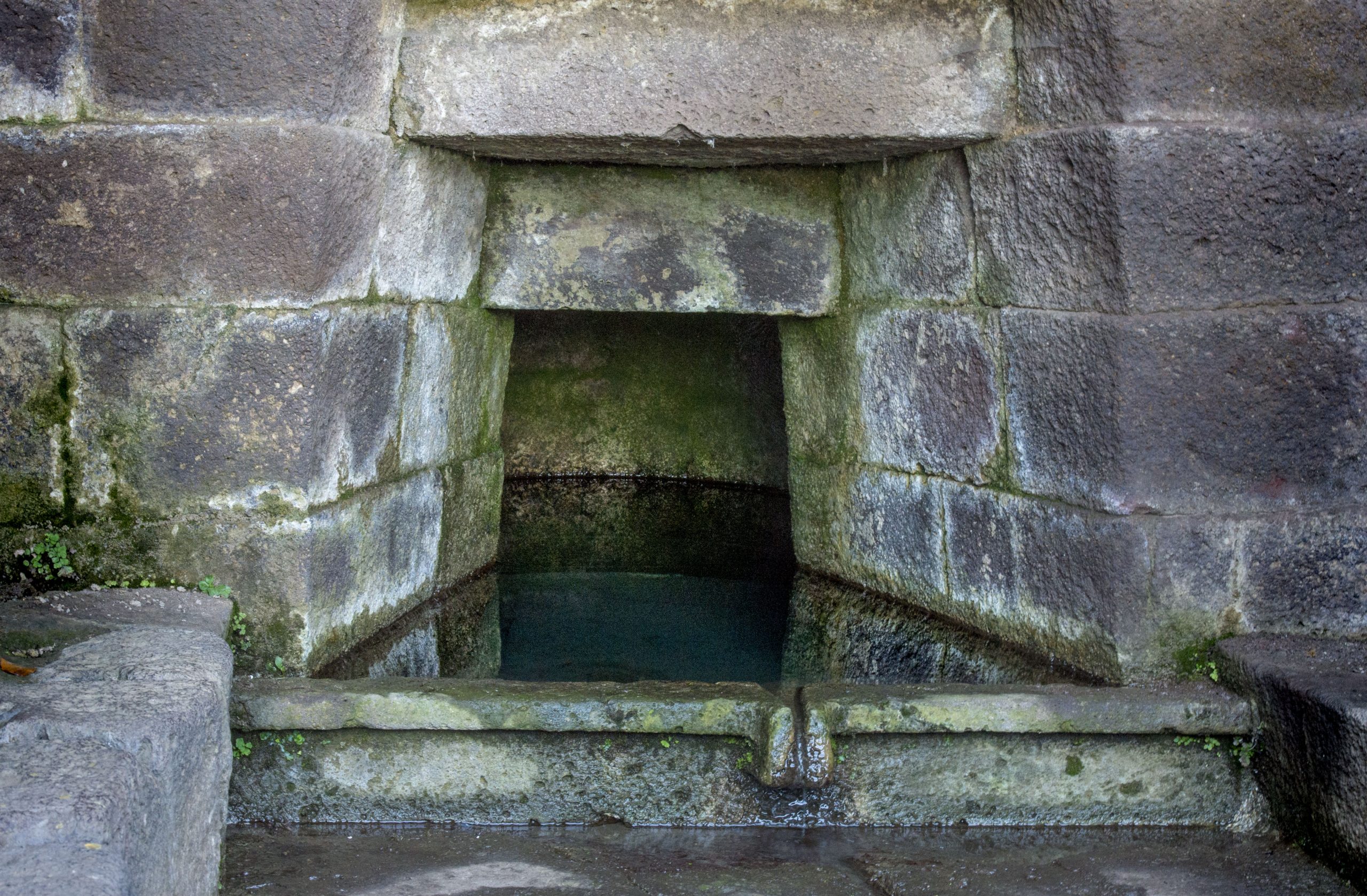 For perhaps 3,000 years, the spring has been filling the basin, the water has been running down the small drain in a gutter, down the central corridor, through the wall to the outer basin and on to the valley. Nothing has changed. 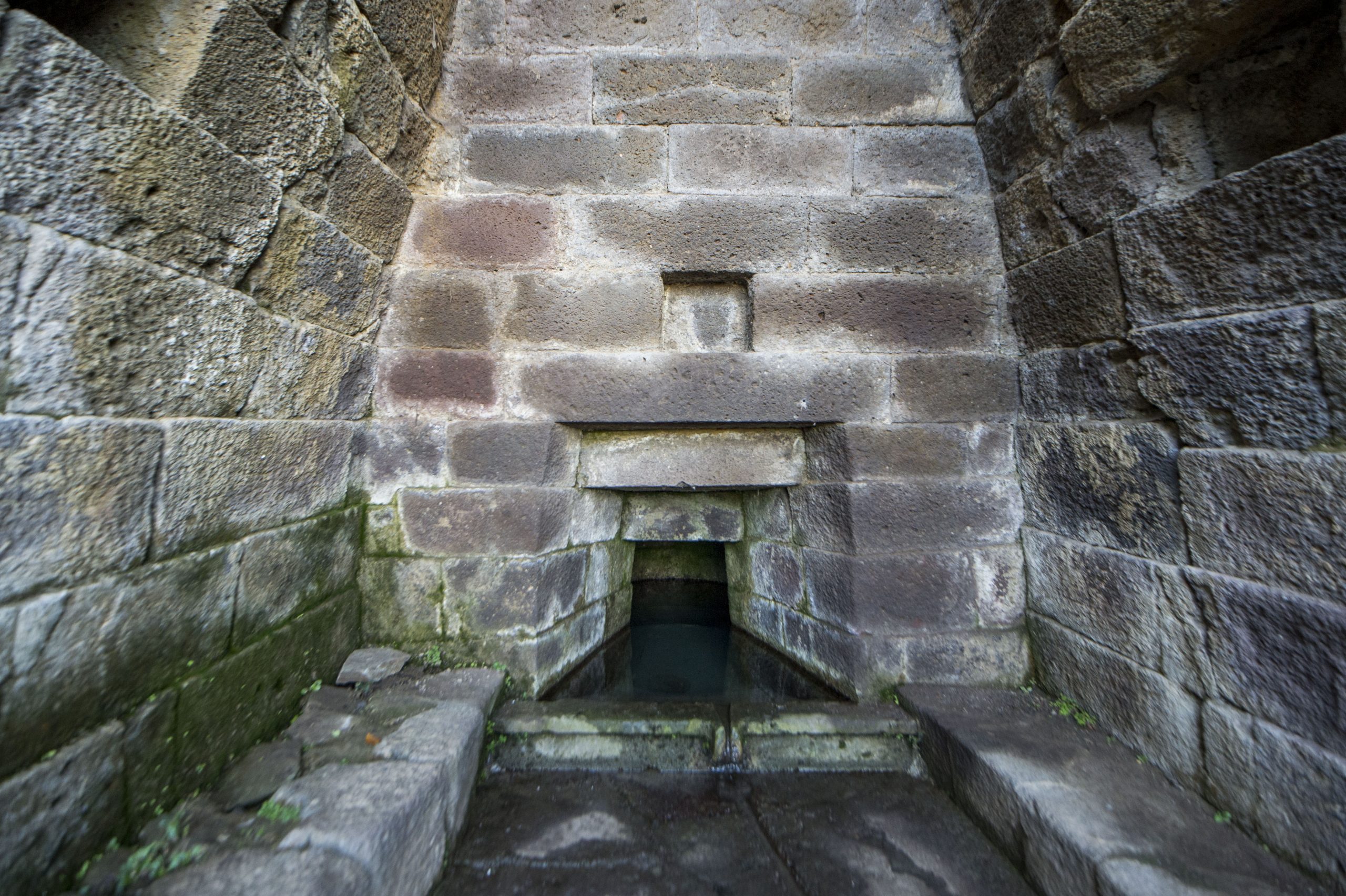 The construction with spring and the surrounding walls has been completely preserved. The spring still fills the internal basin and runs over a gutter to the outside. The discoverers have still found the offerings of the faithfull in the outer basin. 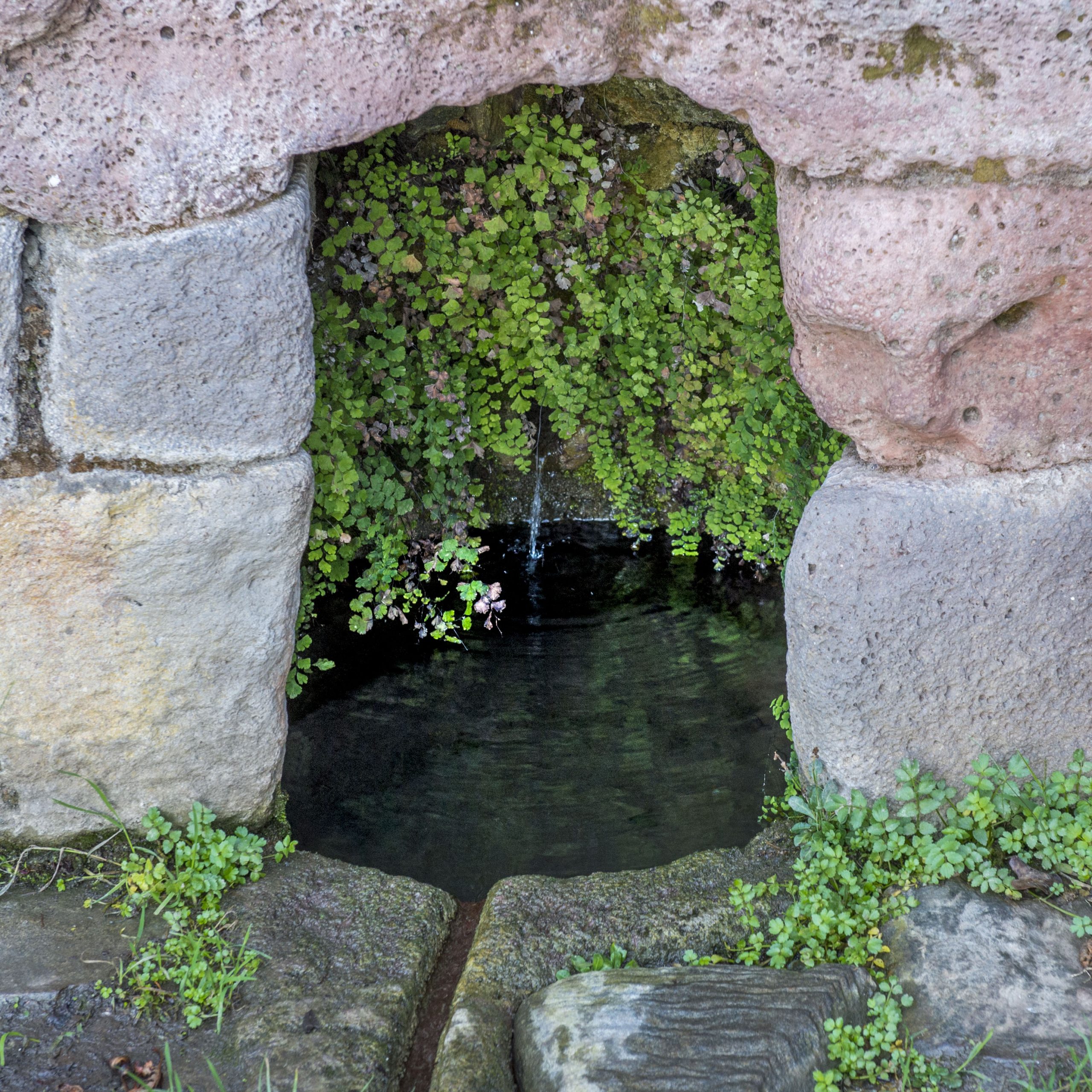 It was a sanctuary or at least a place of contemplation. The nuraghi have built many cult sites around springs or wells. Water had a special meaning in their religion. We do not know much more about the culture of the nuraghi. At times they were in close contact with the Mycenaean kingdoms in Greece and Crete, but also throughout the Mediterranean. Probably the Launedda, a reed flute that is still played in Sardinia, was heard here. Figures in their present form are 3,000 years old, so their story goes back even further. Similar instruments made of reed or other materials existed in Egypt and ancient Greece (Aulos).
The descent to Su Tempiesu leads over a circular path through a small botanical garden with hints on the native flora and fauna. Anyone who is not very athletic should plan a little more time for the climb and avoid high noon in the summer. But you have – at least outside the tourist season in the summer months – the landscape and the temple alone. These photos were taken in the dust-dry October 2017 after a months-long drought. The source of the nuraghi still has fresh, cool water after several thousand years. 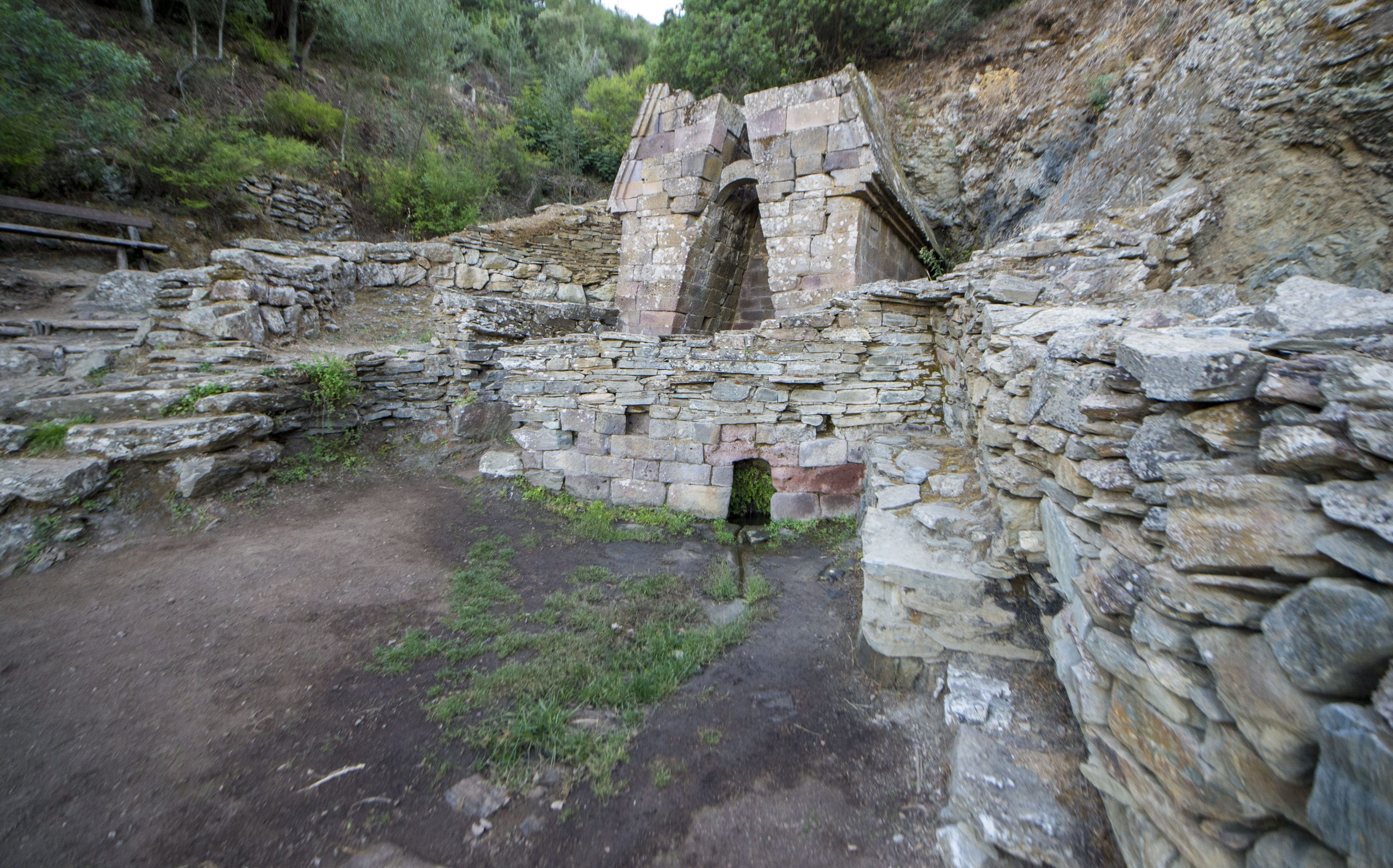 Only the closing times of the ticket office prevented me from spending a few more hours with the camera. At sunset I was back on the way to Orune. I want to come back in the fall, or even better in the spring, early in the morning when the fog fills the valley and the sun is rising.
And I will come back. In 2019, together with Peter Clotten of 28peaks. We will offer a photo workshop in Sardinia, the island of light, entitled “Light Catcher” in Sardinia’s most beautiful and at times little-known places. Included in the program: the wild horses of the Giara di Gesturi. (Blog). Interested? There will be more info here on this blog soon. Or send an e-mail (charlotte.venema@icloud.com) without obligation. 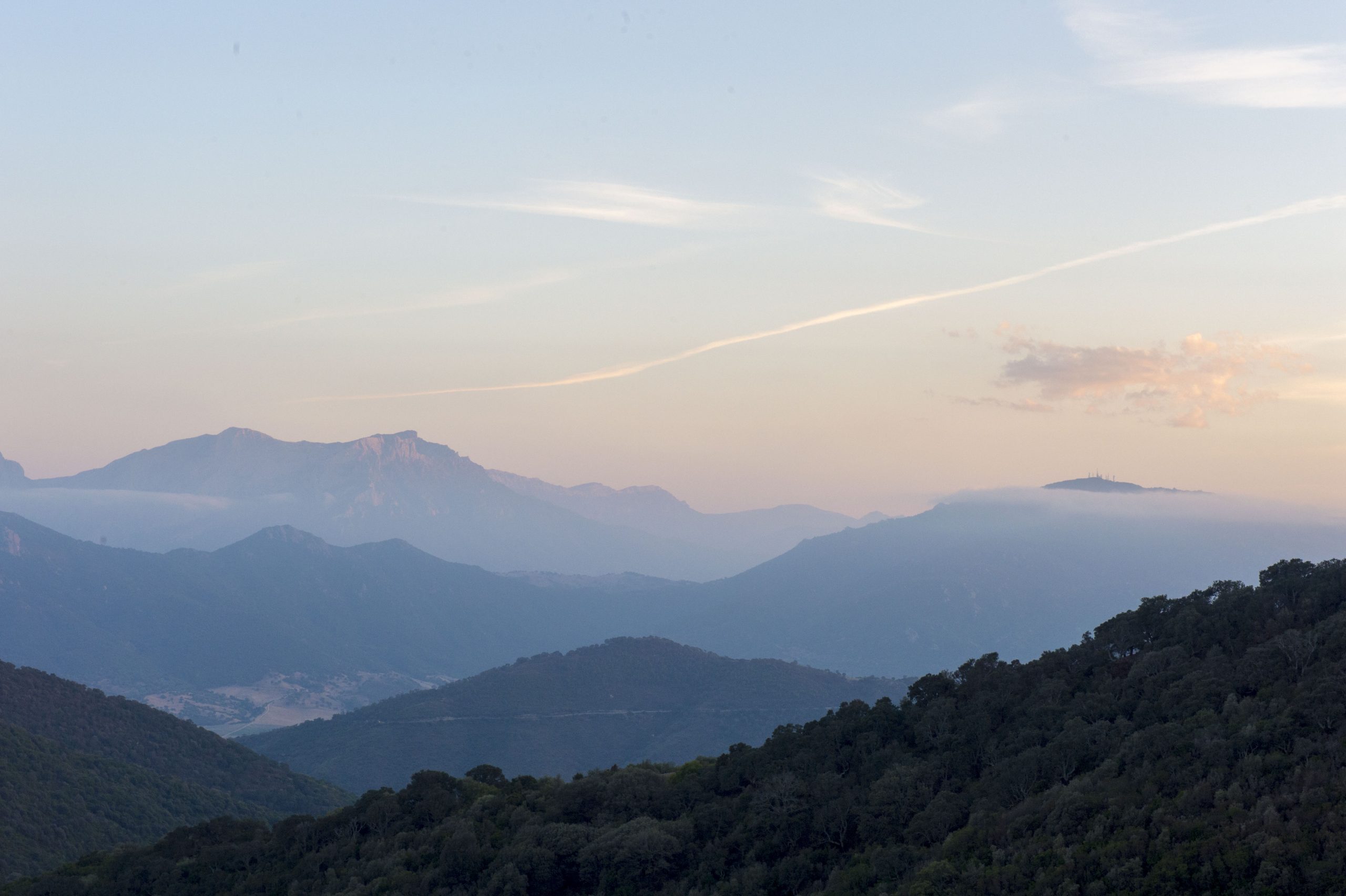 On the way back from Su Tempiesu 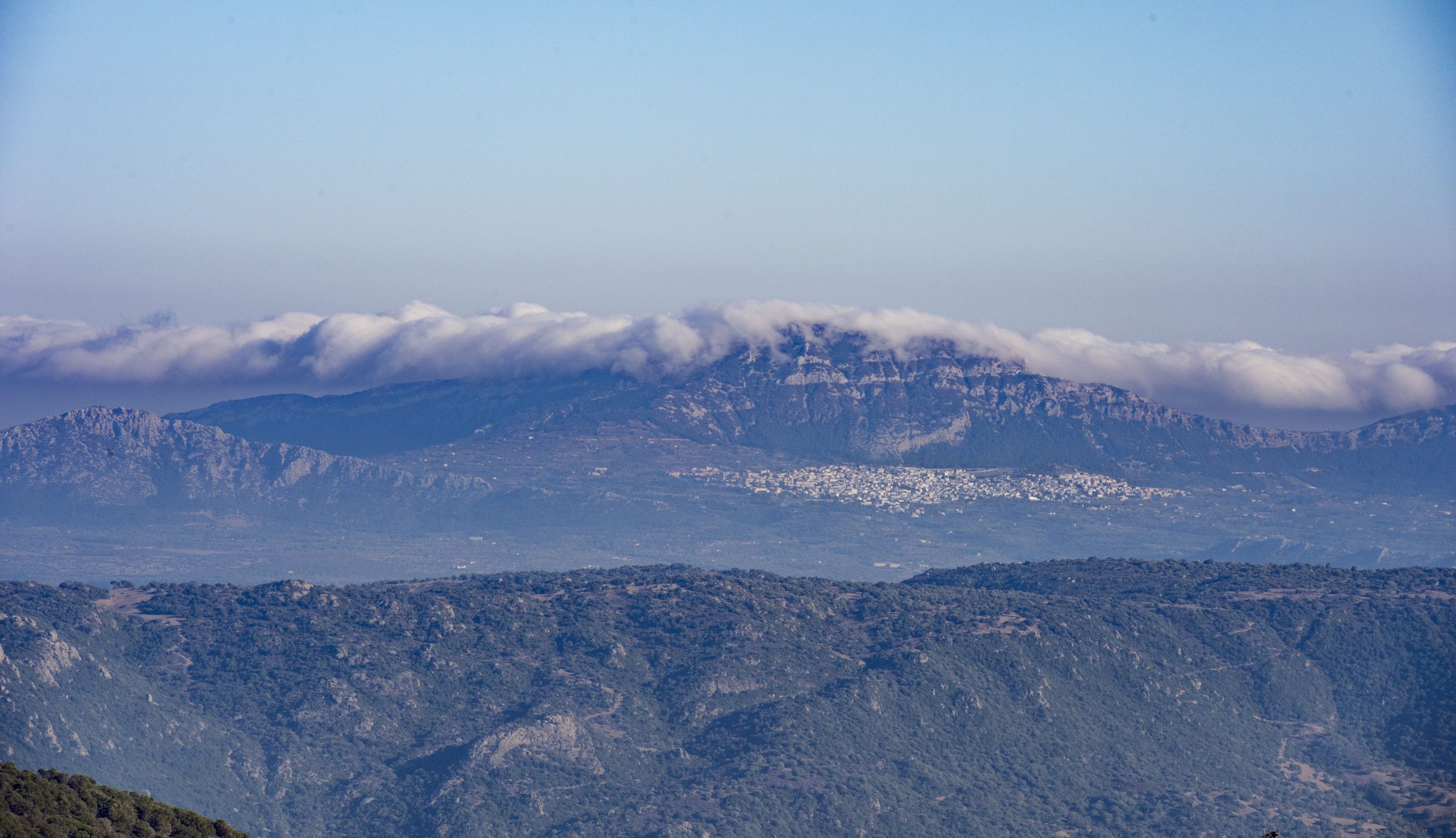